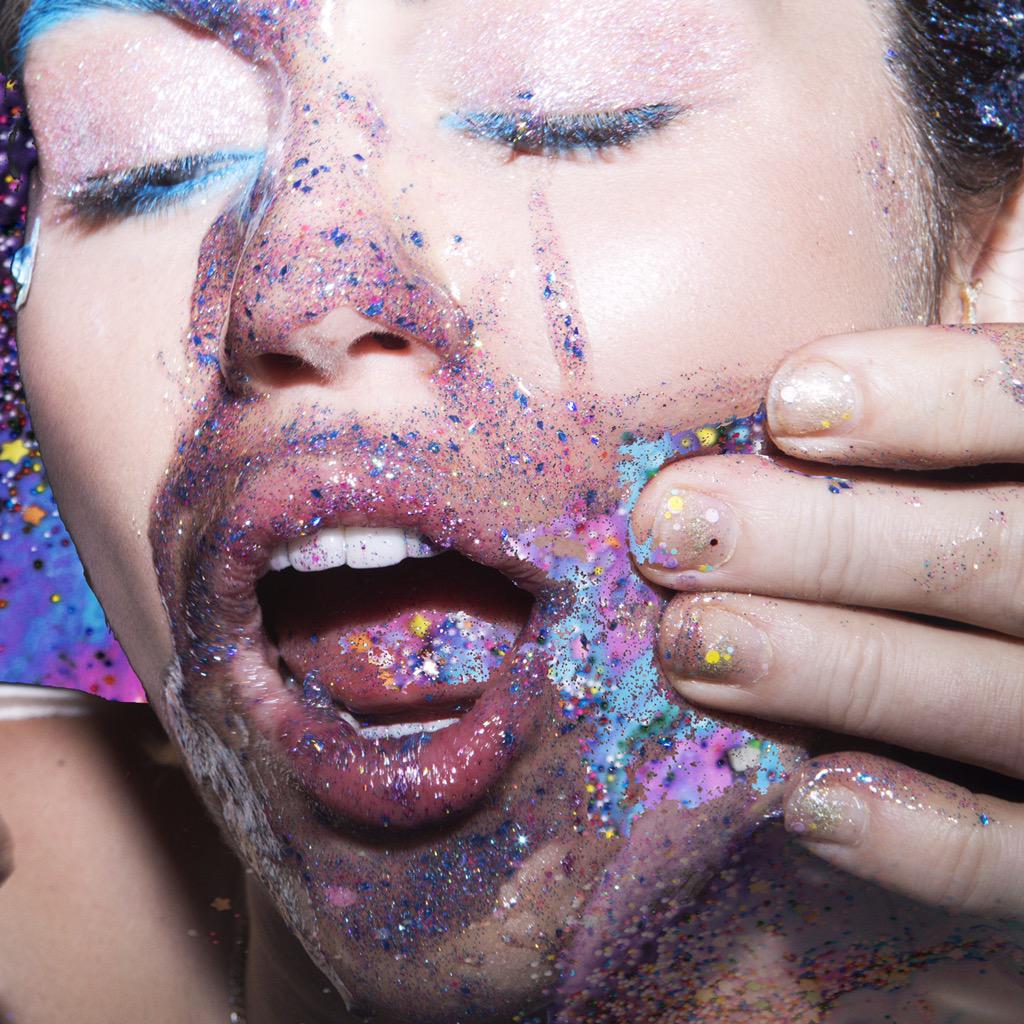 Miley Cyrus more or less surprised millions of international viewers last night at the VMAs, announcing that her new album was available for free on Soundcloud.  This act of going against the norm, and allowing everyone with basic internet access to listen to her work speaks to Cyrus's public persona and the music herself: she truly doesn't give a f**k.

The album is a collection of psychedelic stoner anthems and dedications to her array of deceased pets. These two fields of experience in her life can be related to how Miley uses drugs - particularly pot, a drug she professes her love for in the opener Dooo It! - to cope with the pain of her deceased animals, like her dog Floyd and her pet blowfish Pablow, and her life as a superstar. Across the board are distant vocals, raw and forward lyrics, and generally minimal production.

Cyrus is notorious for being very open about everything: her sex life, her drug use and her personal experiences and relationships. Her act is the act of vulnerability, when she's 90% naked on shows like the VMAs and in daily life, she is exposing her vulnerabilities and allowing her audience to pick her apart. She subjects herself to body shaming, slut shaming, and just plain rudeness in her public appearances, but now she's allowing her music to be picked apart by anyone with this free album. She is putting her humanity out on the table, regardless of how people may respond to it. She is doing everything for herself, and for those who choose to enjoy and embrace it.
When Cyrus writes and sings things like "I feel like a slab of butter / melting in the sun," she is giving her audience the chance to understand her creative process and her way of thinking in her most vulnerable moments: in drug induced highs where anything can and will happen.  She is wonderfully unapologetic; knowing that her critics will completely devalidate her years of work just for relating herself to something as hilarious as a slab of butter, but she does so anyways. Not to mention, these songs in there nature are bangers, but far more effective ones than those on Cyrus's inferior and now shockingly tame album Bangerz.

Then, there are her ballads. Raw, encompassing and heart aching, even with titles as absurd and unusual as "Pablow the Blowfish."

How can I love someone I’ve never touched


You lived under the water but I loved you so much
You’ve never been on land and you’ve never seen the sky
You don’t know what a cloud is, why did everything I love have to die?

Who does this? Who dedicates a song, let alone an entire album to something like a pet? Who allows herself to show such sadness and desperation to something like a blowfish? Especially with such thoughtfulness when that is the very thing other songs in the collection aspire to lack? Miley Cyrus, that's who of course. And she does so as effectively as one could.

Dead Petz is wild, manic and depressive, and is such a randomly eccentric collection of words and ideas that it is perfectly original; it inspires both thought and lack of thought, which allows anyone with an open mind to find a song worth enjoying. Now, the album isn't perfect in its manifestation, some songs are repetitive in production and lyrical content - with the same ideas being blatantly used multiple times - and it's overbearing exceptional length. However, it's hard not to find enjoyment in Cyrus's emotional turbulence that somehow manages to speak to everything one could want it too.